The Happy Hour #432: On The Other Side with Amy Grant 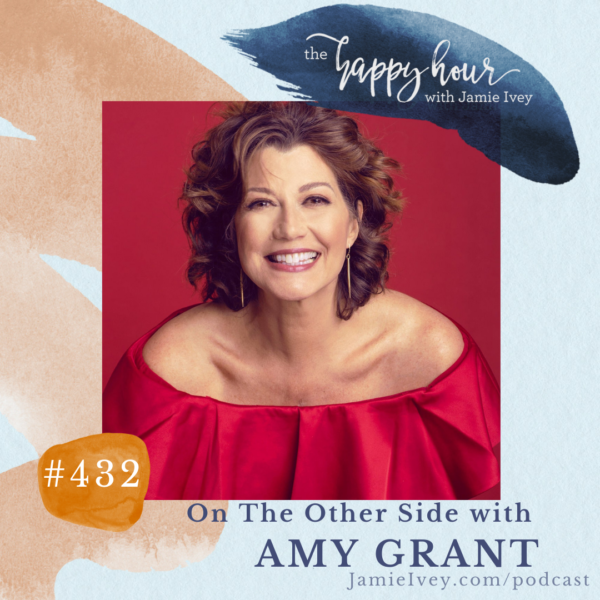 30 years ago, Amy Grant released her iconic album Heart In Motion, which launched her career into new heights. Her music is a huge reason for the rise of the contemporary Christian genre and became the first artist in Christian music to have a platinum record. This is Amy’s story of being on the other side of Heart In Motion.

Today, Amy Grant is a six-time Grammy award winner with multiple platinum and gold albums. In this episode, Amy shares about the rigorous career of music and touring as a mom with young children and being part of the music industry before the age of social media. She also shares about COVID giving her an invitation to discussions and healing that she didn’t have the freedom and solitude to face before, including conversations around race in our country. She says, “There’s something about the deep, gutwrenching humility of seeing that you are part of a cultural problem that you don’t even realize you’re playing into – that’s real sorrow.” Even at 60-years-old, 30 years after the release of her platinum record, she’s living with a heart that’s still in motion – learning about herself and having grace to show up messy but fully present. What a beautiful full-circle journey.