The Happy Hour #545: Characters of Christmas (Joseph) with Ross Lester 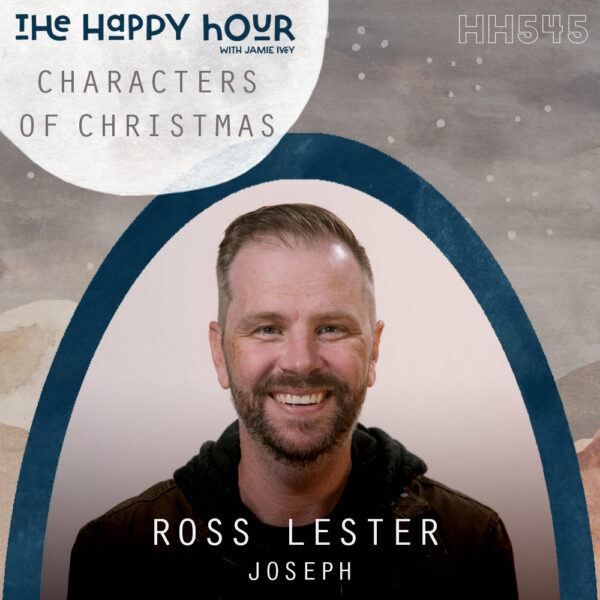 We are continuing our Characters of Christmas series with today’s guest Ross Lester. Ross is a friend of mine, he’s the campus pastor at one of our locations of The Austin Stone Community Church, and he is no stranger to The Happy Hour. Ross was on Episode #375, and I’m excited to have him back to talk about Joseph, the father of  Jesus’ during His time spent on earth.

Listen, you are in for a great episode! Ross and I talk about the relationship between Joseph and Jesus, and you guys, I’m really curious if Jesus gave Joseph a few secrets while they were working in the shop together. I wonder if they talked about all the daddy-son things. I ask Ross the same questions I have asked our previous guest during this series: How does Joseph point us back to Jesus, and what do we see about God’s character through Joseph and Jesus’ relationship?

One thing I’ve never thought about that Ross mentioned is that when Mary, Joseph’s fiance, comes to him saying she’s pregnant as a virgin, Joseph could have immediately put her before the court. In that time, Mary would have been stoned to death publicly. But instead, Joseph is so Christ-like that he lives out the story of the woman caught in adultery in John 8, instead wanting to divorce Mary privately instead of having her tried. Ross says he believes Joseph wanted to release Mary and actually give her another opportunity to rebuild her life instead of being put to death. The Bible describes Joseph as a righteous man and we see that all throughout the Bible when his name is mentioned. Joseph models Christ by being obedient. He kept the law, which is all about mercy. He signs up to take on a child that’s not his own biologically. He eventually has to move his young family to Egypt to protect Jesus. And Joseph is full of humility – he doesn’t center himself in the story. I don’t know about you, but my desire is to live a righteous life devoted to God like Joseph.

After listening to today’s episode, you are going to love Jesus more as you learn more about the people who surrounded him at His birth.